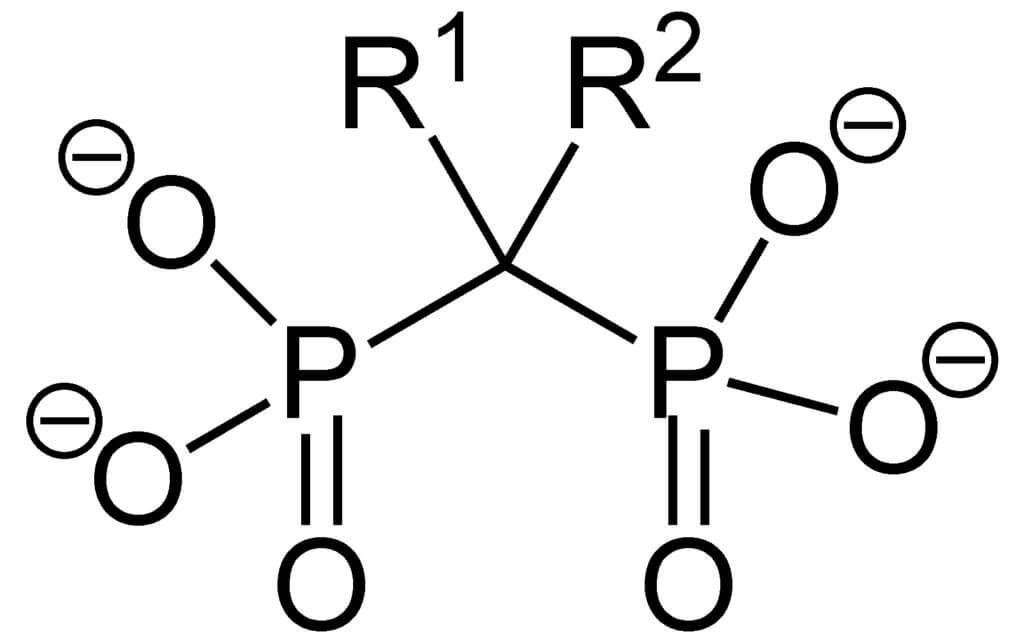 The two PO 3 (phosphonate) groups covalently linked to the carbon determine the name of the “bisphosphonate” and the function of the drug. Bis refers to the fact that there are two such groups in the molecule.

More than 30 years ago, Fleisch et al. discovered that pyrophosphate, which exists in plasma and urine, can inhibit ectopic calcification. However, the oral administration of pyrophosphate is ineffective, and the injection administration is rapidly inactivated by enzymatic hydrolysis. Later studies have found that replacing the POP group in the pyrophosphate structure with PCP groups can change the physical and chemical properties of pyrophosphate and increase its resistance. The stability of hydrolase changes its biological properties and toxicological effects. Subsequently, a series of bisphosphonate compounds were synthesized.

The structure-activity relationship of bisphosphonates is not yet fully understood. But it has been clear that its basic structure P-C-P is a necessary condition for activity.

The strength of each drug depends on the type of side chain substituted on the C atom. For example, clodronate in which R1 and R2 are replaced by Cl atoms, its anti-bone resorption strength is 10 times that of etidronate.

Substitution of the H atom on R1 by picolinyl can also increase the anti-bone resorption effect. For example, the strength of risedronate sodium is 5000 times that of etidronate sodium.