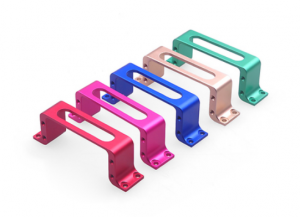 Aluminum and aluminum alloys have the advantages of good mechanical properties and light weight, and have been widely used in various industries, especially in the aerospace field, which has high requirements for lightweight. The connection between aluminum alloy components can be mechanically connected or glued.Gluing has the advantages of small structural weight gain, short time, low cost, high bonding efficiency, and no new stress concentration on the glued components, and is widely used.

Due to the strong affinity between aluminum and oxygen, even in dry air, 2~3nm thick non-porous amorphous Al2O3 will be quickly formed on the clean aluminum surface. The surface should be treated with necessary treatment during bonding.

Different surface treatment methods can be used for the bonding surface of aluminum alloy components. Generally can be divided into two categories: mechanical physical methods and chemical methods. The cleaning and degreasing of the aluminum surface with solvents, sandpaper and emery cloth polishing, sandblasting and mechanical processing belong to the former category; while chromium sulfuric acid etching (ie FPL or CSA method), NaOH solution etching, and sol-gel treatment And anodizing treatment (including SAA, CAA, PAA, etc.) and other methods belong to the latter category. These methods can be used alone or in combination, and the specific method to be used should be determined according to the characteristics of the aluminum material and the requirements for bonding performance