Phosphorus was discovered by accident 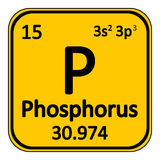 In the 17th century, a German businessman Pollant was obsessed with alchemy. He had heard that the “king of metal” gold could be made from urine, so he did a lot of experiments with urine for the purpose of making money. In 1669, in an experiment, he mixed sand, charcoal, lime, etc. with urine and heated it to distill. Although he did not get gold, he unexpectedly got a very beautiful substance. It was white and soft and could be released in dark places. The flickering light, so Poland named it “cold light”, which is the substance called white phosphor today.

Poland kept the law of phosphorous production very secret at first, but the news of his discovery of this new substance spread throughout Germany.

The German chemist Kunkel tried his best to find out the secret preparation method, and finally found out that this so-called luminous substance is extracted from urine, so he also began to experiment with urine, after painstaking explorations Finally, the same substance was successfully prepared in 1678. He distilled the fresh urine, and when the water dries quickly, he took out the black residue and placed it in an underground kiln to make it rot. After a few days, he took out the black residue, and then combined the urine residue with the fine urine in a ratio of 1:2. The sand is mixed, placed together in a retort, heated for distillation, and the bottleneck is a container that holds water in succession.

At first, it was heated with a slight fire, followed by dry distillation with a high fire, until the volatile substances in the urine were completely evaporated, the phosphorus condensed into a white waxy solid in the container. Later, he also wrote a book for phosphorus called “On the Strange Phosphorus and Its Luminous Pill”.

In the discovery of phosphorus, the British chemist Robert Boyle was almost at the same time as Kongkel, and also used a method similar to that of Kongkel to obtain phosphorus. Boyle’s student Codfrey Hanckwitz used this method to produce a larger amount of phosphorus in the UK and shipped it as a commodity to other European countries for sale. He published a paper in 1733, introducing the method of making phosphorus, but he said very vaguely. Since then, someone has discovered phosphorus in animal bones.

The first element obtained from an organism

Phosphorus is widely present in animals and plants, so it was originally obtained from the urine and bones of humans and animals. This is different from the metal elements that ancient people obtained from minerals. It was the first element obtained from organisms. The first produced is white phosphorous, white translucent crystals, which are slowly oxidized in the air, and the energy generated is released in the form of light, so it glows in the dark.

When the white phosphorus is oxidized in the air to the energy accumulated on the surface to make the temperature reach 40 ℃, it reaches the ignition point of white phosphorus and ignites spontaneously.

Lavoisier included phosphorus as a chemical element for the first time. He burned phosphorus and other substances and determined the composition of the air. The discovery of phosphorus has promoted people’s understanding of air.

The Latin name of phosphorus is phosphorum, which means phos “light” and phero “carry”, which means “luminous matter”. The element symbol is P.